How To Install Cinnamon on CentOS 7

In this tutorial, we will show you how to install and configuration of Cinnamon on your CentOS 7 server. For those of you who didn’t know, Cinnamon is an open-source project that provides users with a full-featured desktop environment for GNU/Linux operating systems. It is a fork of the GNOME Shell user interface distributed with the GNOME project. It has been designed from the ground up to provide users with a traditional, yet advanced and modern graphical session for their Linux-based operating systems. It’s usually deployed on the Linux Mint distribution.

This article assumes you have at least basic knowledge of Linux, know how to use the shell, and most importantly, you host your site on your own VPS. The installation is quite simple and assumes you are running in the root account, if not you may need to add ‘sudo‘ to the commands to get root privileges. I will show you through the step-by-step installation of Cinnamon on a CentOS 7.

Step 1. First, you need to enable the EPEL repository on your system.

You don’t need to configure this repository manually in your yum. Instead, download the following package and install it, which will enable the EPEL repository on your system:

Cinnamon needs a basic X-window system installation in order to have the ability to display something and the dependencies of Cinnamon do not include those packages:

Finally, our system is ready to install and start Cinnamon:

After the installation of one or more desktop environments, you need to tell your system to start the graphical components (X window-system and display manager):

Next, the GUI should be started and you should be presented with a login screen from LightDM: 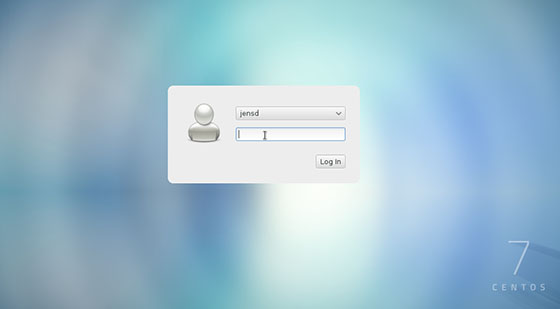 After a reboot, the system will start with its default target (multi-user) so in order to make the change permanent and always start your system with a GUI, you can change the default target to the graphical one:

Congratulations! You have successfully installed Cinnamon. Thanks for using this tutorial for installing the Cinnamon desktop environment on your CentOS 7 system. For additional help or useful information, we recommend you check the official Cinnamon website.