How To Install Eclipse Oxygen on Ubuntu 18.04 LTS

In this tutorial, we will show you how to install Eclipse Oxygen on Ubuntu 18.04 LTS. For those of you who didn’t know, For those of you who didn’t know, Eclipse is an open-source and free multi-language and multi-platform (Windows, Linux, and Mac) software development program that is used to build JAVA based web applications. It is written in Java program and can be used to develop Java-based applications and other various plugins, including languages like C, C++, PHP, Perl, Python, Ruby and Rails framework, and much more.

This article assumes you have at least basic knowledge of Linux, know how to use the shell, and most importantly, you host your site on your own VPS. The installation is quite simple and assumes you are running in the root account, if not you may need to add ‘sudo‘ to the commands to get root privileges. I will show you the step-by-step installation of Eclipse Oxygen on a Ubuntu 18.04 (Bionic Beaver) server.

Step 1. First, make sure that all your system packages are up-to-date by running the following apt-get commands in the terminal.

Jenkins requires Java to be installed on your server. By default, Java is not available in Ubuntu’s repository. Add the Oracle Java PPA to Apt with the following command:

Verify the Java version by running the following command:

Download the latest eclipse package. This guide uses Eclipse IDE for the Java Developers version. Other popular versions are Eclipse IDE for Java EE Developers and Eclipse for PHP Developers. Select also 32-bit or 64-bit version depending on your system:

Extract the Eclipse package to your desired directory:

Next, start the installer by executing the below command:

Create a new file eclipse.desktop in /usr/share/applications/ and add the below code:

Replace the highlighted username (idroot) with your own account name, also the Exec = location and icon.xpm should depend on where Eclipse got installed on your system.

Finally, Open Dash or the activities overview and search for Eclipse… then launch. 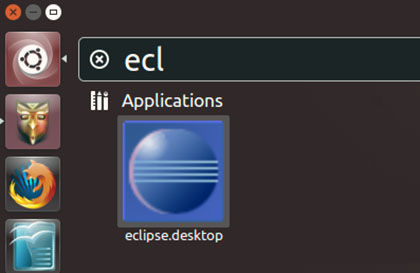 Congratulations! You have successfully installed Eclipse. Thanks for using this tutorial for installing Eclipse Oxygen in Ubuntu 18.04 Bionic Beaver system. For additional help or useful information, we recommend you check the official Eclipse website.