How To Install Microsoft Fonts on Ubuntu 20.04 LTS

In this tutorial, we will show you how to install Microsoft Fonts on Ubuntu 20.04 LTS. For those of you who didn’t know, Ubuntu by default does not include the major Microsoft fonts commonly used in your installation. That happens because the font is owned by the Microsoft company and the font is not Open Source. This means that if you create a document and send it to your partner for editing, he/she will not be able to see it in the way it was originally a format. Conversely, you will not be able to see the document that your friend sends you in the way it has been formatted unless he/she is using the same fonts as you.

This article assumes you have at least basic knowledge of Linux, know how to use the shell, and most importantly, you host your site on your own VPS. The installation is quite simple and assumes you are running in the root account, if not you may need to add ‘sudo‘ to the commands to get root privileges. I will show you the step-by-step installation of Microsoft Fonts on Ubuntu 20.04 (Focal Fossa). You can follow the same instructions for Ubuntu 18.04, 16.04, and any other Debian-based distribution like Linux Mint.

When the installation is done, you should update the font cache using the command below:

Once successfully installed, now we launch the fonts application located in Activities -> Show Applications -> Fonts. Once opened, you can search fonts to confirm that Microsoft fonts are installed. For example, run LibreOffice Writer, type something, select it with your mouse, and change the font from the pull-down menu. Your new fonts should appear among the previously available ones. 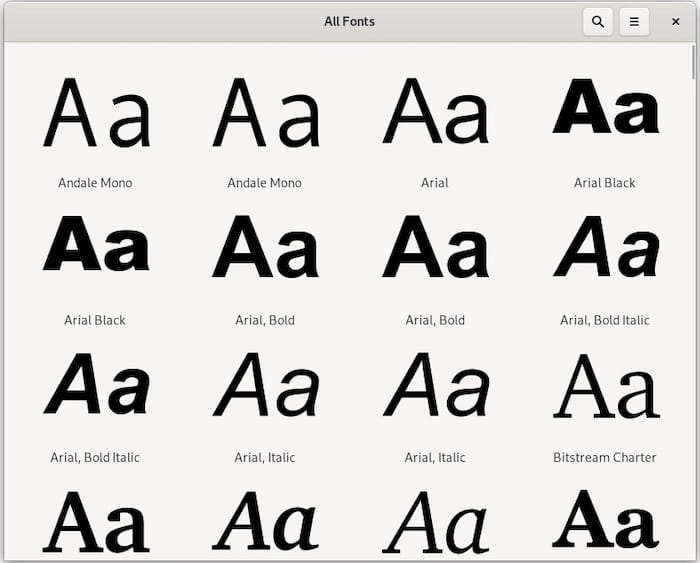 Congratulations! You have successfully installed Microsoft Fonts. Thanks for using this tutorial for installing the Microsoft Fonts on Ubuntu 20.04 LTS Focal Fossa system. For additional help or useful information, we recommend you check the official Microsoft Fonts website.