How To Install Minecraft on Ubuntu 20.04 LTS

In this tutorial, we will show you how to install Minecraft on Ubuntu 20.04 LTS. For those of you who didn’t know, Minecraft is the most popular sandbox video game developed by Mojang studios but later purchased by Microsoft. It can be used with all major platforms like Linux, macOS, and Windows. Most Minecraft players would agree that the secrete to the game’s success lies in its creativity-inspiring design. Players are free to explore a large, procedurally generated world made of blocks, each of which can be interacted with, moved, or transformed into resources for crafting.

This article assumes you have at least basic knowledge of Linux, know how to use the shell, and most importantly, you host your site on your own VPS. The installation is quite simple and assumes you are running in the root account, if not you may need to add ‘sudo‘ to the commands to get root privileges. I will show you through the step-by-step installation of Minecraft on Ubuntu 20.04 (Focal Fossa). You can follow the same instructions for Ubuntu 18.04, 16.04, and any other Debian-based distribution like Linux Mint.

Now download the Minecraft .deb package on Ubuntu 20.04 by running the command shown below:

Next, install the package using the following command:

To resolve the dependency issues encountered during the installation of the Minecraft .deb package on Ubuntu 20.04, we will run the following command:

Once done, we will run the newly installed Snap package for Minecraft on Ubuntu 20.04 by running the command below:

Once installation successfully, launch Minecraft from the application launcher, hit the super key on your keyboard, and type minecraft. When the search result appears, click on the Minecraft icon to launch it. 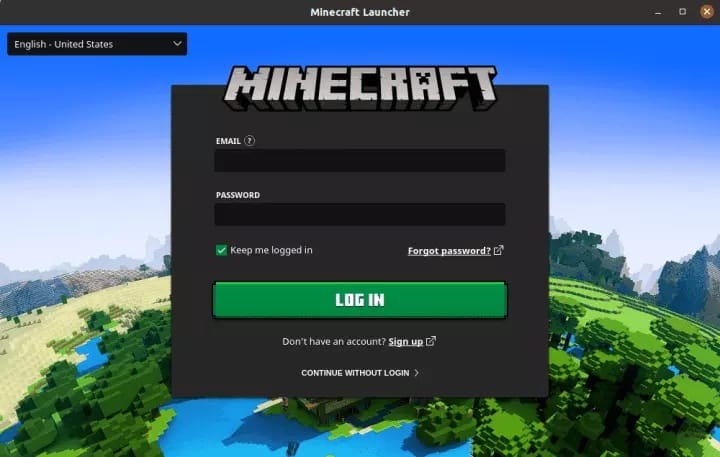 Congratulations! You have successfully installed Minecraft. Thanks for using this tutorial for installing the Minecraft on Ubuntu 20.04 LTS Focal Fossa system. For additional help or useful information, we recommend you check the official Minecraft website.