How To Install Neofetch on Debian 11

In this tutorial, we will show you how to install Neofetch on Debian 11. For those of you who didn’t know, Neofetch is a cross-platform, open-source command-line system information utility written in Bash. Neofetch displays information about your operating system, software, and hardware in an aesthetic and visually pleasing way.

This article assumes you have at least basic knowledge of Linux, know how to use the shell, and most importantly, you host your site on your own VPS. The installation is quite simple and assumes you are running in the root account, if not you may need to add ‘sudo‘ to the commands to get root privileges. I will show you through the step-by-step installation of the Neofetch open-source command-line system information on a Debian 11 (Bullseye).

By default, Neofetch is available on Debian 11 base repository. So, now run the following command below to install Neofetch on your Debian system:

Verify the installation and the build using the following command:

Once successfully installed, the Neofetch application can be launched either from the command line by typing neofetch or by clicking on its icon in the Applications menu. 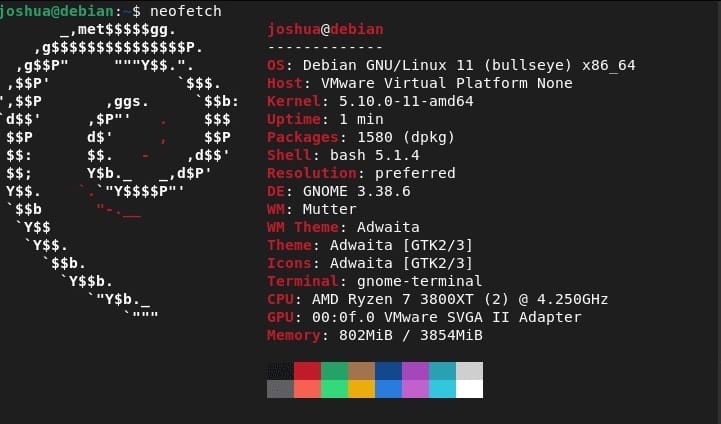 Congratulations! You have successfully installed Neofetch. Thanks for using this tutorial for installing the latest version of the Neofetch command-line system information on Debian 11 Bullseye. For additional help or useful information, we recommend you check the official Neofetch website.