How To Install Rust Programming Language on Manjaro 21

In this tutorial, we will show you how to install Rust Programming Language on Manjaro 21. For those of you who didn’t know, Rust (commonly known as Rust-Lang) is a relatively new, open-source practical systems programming language that runs extremely fast, prevents segfaults, and guarantees thread safety. Rust is being actively used in production by popular organizations such as Canonical, Dropbox, Mozilla, NPM, and many more.

This article assumes you have at least basic knowledge of Linux, know how to use the shell, and most importantly, you host your site on your own VPS. The installation is quite simple and assumes you are running in the root account, if not you may need to add ‘sudo‘ to the commands to get root privileges. I will show you the step-by-step installation of the Rust Programming Language on a Manjaro 21.

Step 1. Before running the tutorial below, make sure that our system is up to date:

By default, Rust is not available on the Manjaro 21 base repository. Now we run the following command to download a script that will install the latest version of Rust: 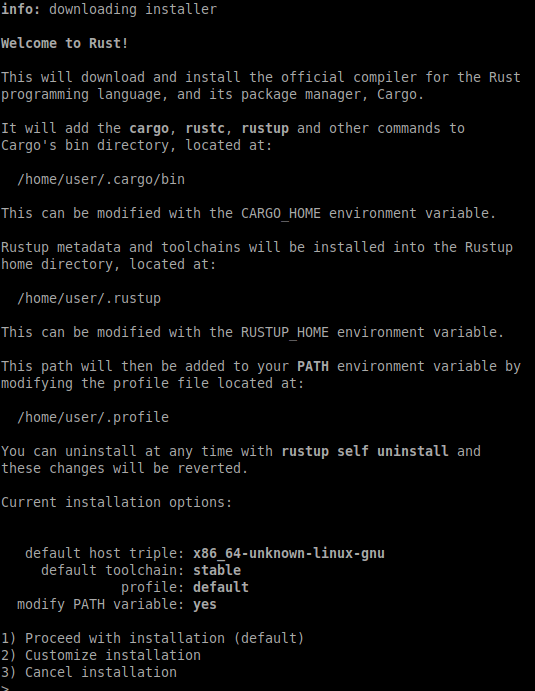 Once the installation is finished, run the command below to update the PATH environment variable:

Now you can verify by executing any Rust-related command:

To install Rust, simply use the following command:

First, let’s create a new directory to put our new Rust project in our home directory:

And add the following file:

Then, run the following command which will create an executable called helloworld in the current directory:

To run the application you created using Rust, run the program with the execute command:

Congratulations! You have successfully installed Rust. Thanks for using this tutorial for installing the latest version of Rust Programming Language on the Manjaro system. For additional help or useful information, we recommend you check the official Rust website.