How To Install Stremio on Ubuntu 20.04 LTS

In this tutorial, we will show you how to install Stremio on Ubuntu 20.04 LTS. For those of you who didn’t know, Stremio is a free and open-source modern media center that’s a one-stop solution for your video entertainment. Using Stremio, you can follow your favorite YouTube channel, stream over 300 live TV channels, and even buy or rent media from official sources like Netflix, Amazon, and Google Play. Stremio provides support on Linux, Windows, macOS, Android, and iOS too.

This article assumes you have at least basic knowledge of Linux, know how to use the shell, and most importantly, you host your site on your own VPS. The installation is quite simple and assumes you are running in the root account, if not you may need to add ‘sudo‘ to the commands to get root privileges. I will show you the step-by-step installation of the Stremio on Ubuntu 20.04 (Focal Fossa). You can follow the same instructions for Ubuntu 18.04, 16.04, and any other Debian-based distribution like Linux Mint.

By default, Stremio is not available on Ubuntu 20.04 base repository. Now run the following command to download the latest release Stremio from their website:

During installation, if you are facing a dependency issue, now execute the below command to fix it:

Once successfully installed, run the following path on your desktop to open the path: Activities -> Show Applications -> Stremio. When the app is open, you’ll see a sign-up page. Stremio requires that users sign up before using the application. To sign up, click on the Facebook button or enter your info in the text boxes. 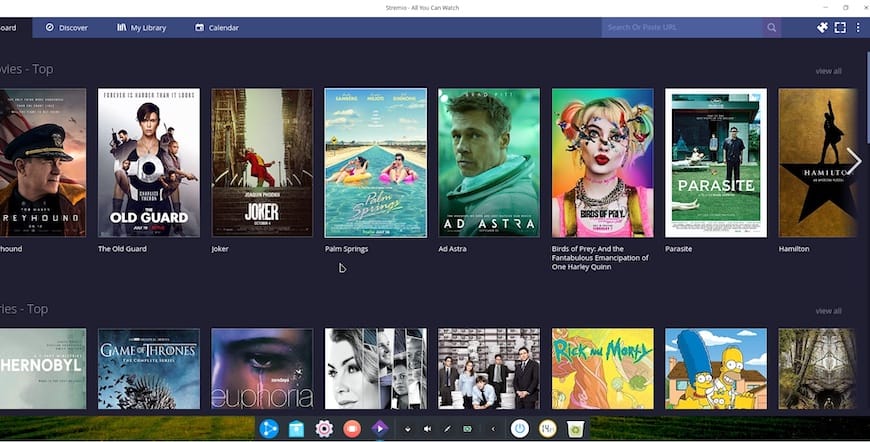 Congratulations! You have successfully installed Stremio. Thanks for using this tutorial for installing the Stremio streaming application on Ubuntu 20.04 LTS Focal Fossa system. For additional help or useful information, we recommend you check the official Stremio website.