How To Setup UFW Firewall on Debian 11

In this tutorial, we will show you how to setup UFW Firewall on Debian 11. For those of you who didn’t know, UFW (Uncomplicated Firewall), is the most popular and easy-to-use command-line tool for configuring and managing a firewall on Debian-based distributions. Ufw protects the server by monitoring the incoming and outgoing traffic of the network connections of a server.

This article assumes you have at least basic knowledge of Linux, know how to use the shell, and most importantly, you host your site on your own VPS. The installation is quite simple and assumes you are running in the root account, if not you may need to add ‘sudo‘ to the commands to get root privileges. I will show you through the step-by-step installation of the Setup UFW Firewall on a Debian 11 (Bullseye).

By default, UFW Firewall is available on Debian 11 base repository. So, now run the following command below to install UFW on your Debian system:

Once the installation is complete, now enable UFW (to start automatically upon system boot) and verify the status using the commands below:

Allowing rules is quite simple from the command line, and it is sometimes necessary. For example, by default UFW denies all of the incoming connections, which will make it a problem if you are using SSH. Therefore, you must create a rule which allows SSH connections using the following command below:

Port ranges may also be specified, a simple example for TCP would be:

An IP address may also be used:

Those who are using Graphical Desktop Linux can install a graphical user interface for their UFW firewall called “GUFW” (Graphical Uncomplicated Firewall). Run the following command below to install it: 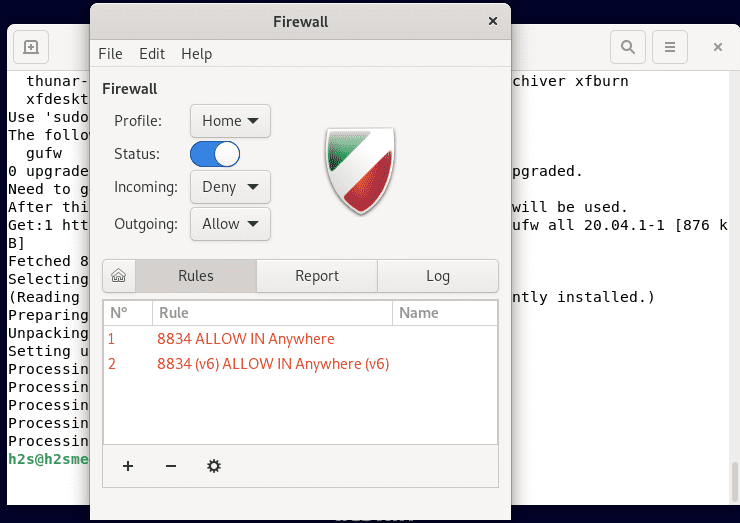 Congratulations! You have successfully configured UFW Firewall. Thanks for using this tutorial for installing the latest version of the UFW Firewall on Debian 11 Bullseye. For additional help or useful information, we recommend you check the official UFW website.