How To Install Jupyter Notebook on Ubuntu 22.04 LTS

In this tutorial, we will show you how to install Jupyter Notebook on Ubuntu 22.04 LTS. For those of you who didn’t know, Jupyter notebook is an open-source and cross-platform application to share code, text, or visual effects with users. The tool can be used with several languages, including Python, Julia, R, Haskell, and Ruby. Its aim is to develop open-source software, open standards, and services for interactive computing across multiple programming languages.

This article assumes you have at least basic knowledge of Linux, know how to use the shell, and most importantly, you host your site on your own VPS. The installation is quite simple and assumes you are running in the root account, if not you may need to add ‘sudo‘ to the commands to get root privileges. I will show you the step-by-step installation of Jupyter Notebook on Ubuntu 22.04 (Jammy Jellyfish). You can follow the same instructions for Ubuntu 18.04, 16.04, and any other Debian-based distribution like Linux Mint.

Jupyter Notebook is based on Python, so you will need to install Python on your server. Let’s run the command below to install default Python to your Ubuntu system:

Once installation is complete, be sure to confirm the version of python installed on your system:

Next, update PIP to the latest version with the following command:

After that, install the Python virtual environment package with the following command below:

For additional resources on installing and managing Python, read the post below:

By default, Jupyter is not available on Ubuntu 22.04 base repository. First, create a directory and create a virtual environment inside it:

Next, activate the virtual environment using the following command:

Finally, install the Jupyter Notebook with the following command below:

Once successfully installed, you can launch its web interface from the terminal with the help of the following command:

This will automatically launch the web browser with Jupyter Notebook running: 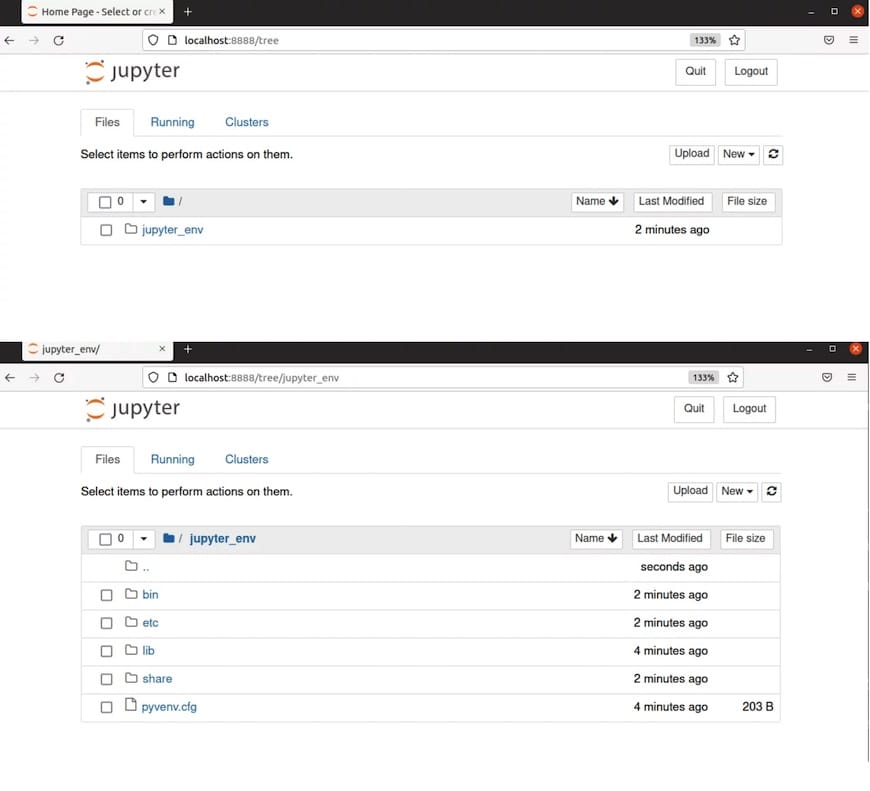 Congratulations! You have successfully installed Jupyter. Thanks for using this tutorial for installing the Jupyter Notebook on Ubuntu 22.04 LTS Jammy Jellyfish system. For additional help or useful information, we recommend you check the official Jupyter website.