How To Install KeePass on Linux Mint 20

In this tutorial, we will show you how to install KeePass on Linux Mint 20. For those of you who didn’t know, KeePass is an open-source cross-platform password manager filled with multiple amazing features. It lets you save as many passwords as you wish hence freeing you from the hassle of memorizing and recalling your passwords every time you wish to access an account. If you are using LastPass, Bitwarden, AnyPAssword, and many others, then importing passwords from them is also possible in KeePass. The KeePass password manager can also be used very efficiently with the Windows, macOS, iOS, or even Android operating systems.

This article assumes you have at least basic knowledge of Linux, know how to use the shell, and most importantly, you host your site on your own VPS. The installation is quite simple and assumes you are running in the root account, if not you may need to add ‘sudo‘ to the commands to get root privileges. I will show you the step-by-step installation of a KeePass password manager on a Linux Mint 20 (Ulyana).

By default, KeePass is not available on the Linux Mint base repository. Now we add the official KeePass repository to your Linux Mint system:

After successfully adding the repository, we need to do an update APT and install it:

Once we finish with the installation, we will find KeePass at the Mint menu, in the Accessories section or you can launch it through the terminal with the help of the command shown below: 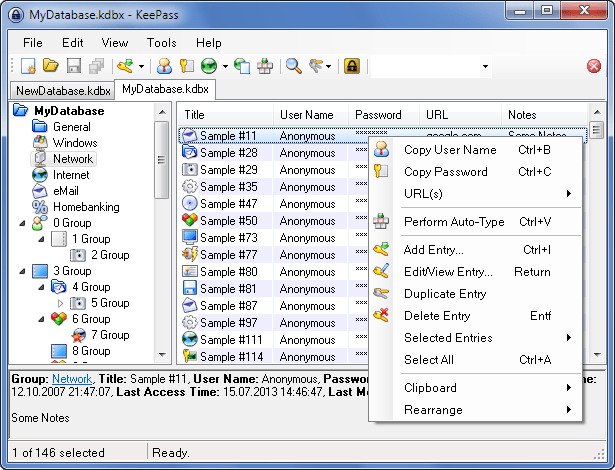 Congratulations! You have successfully installed KeePass. Thanks for using this tutorial for installing the latest version of KeePass password manager on the Linux Mint system. For additional help or useful information, we recommend you check the official KeePass website.